What Marketing Managers Can Learn from Wimbledon

The UK is in the grip of Wimbledon fever once more. Will this be another momentous year for Andy Murray? Who will win the ladies’ crown in 2015?

On the face of it you may not see the similarities between one of the world’s most famous sporting events and your marketing activities, but we’ve outlined a number of areas below that show where these two things can cross over.

Before any player steps out onto the hallowed grass at Wimbledon, you can rest assured they’ve spent hours studying their competitor and how they play.

If they go out having failed to prepare, then the chances are they’ll lose. Treating every opponent in the same way means they’re likely to miss important things that could be to their benefit.

When you’re marketing a business online, it’s easy to class all competitors in the same way, but by studying them much more closely, you’ll be able to see where their weaknesses lie and exploit them.

Strategy shouldn’t be set in stone

Once you know what strategy you want to adopt for your next tennis opponent or marketing campaign, it’s time to implement it.

What happens though when you’re a set down or not gaining in the Search Engine Results Pages? (SERPs) Do you carry on with the same tactics? In tennis terms it could be serve and volley and for online marketing it may be your content marketing strategy that’s failing you.

There’s no point in carrying on with ineffective tactics – they’re a waste of your time and energy. Maybe you should play from the baseline or switch your focus to a Pay per Click campaign for example.

Momentum is as important on the tennis court as it is in marketing. How many times have you seen a player two sets down and on the brink of defeat, only to suddenly win a few games and then start to steamroller their previously dominant opponent?

If you wait until you’re two sets down before playing your best it’s much harder to win a match. In online marketing, starting and stopping your efforts over a period of time will have the same effect. Consistent monthly effort focused on the right areas is what’s going to build up your momentum.

And once you’re making good progress, it’s easier to keep it going and stay at the top of your game.

Preparing for when rain halts play

Rain interruptions are an unfortunate but common sight at Wimbledon (hopefully not this year!). Unwelcome showers can derail a player’s quest for victory and when it comes to marketing a business online, there are a host of things that can do the same.

Google updates can upset months of hard work, your site could be penalised for incoming links from dodgy neighbourhoods or it could be hacked - wreaking havoc with your hard-earned rankings.

In the same way a tennis player can look at the weather forecast to get an idea of what might happen out on court, you can read up on upcoming algorithm changes, best SEO methods and keep your site secure to minimise the element of surprise.

On the face of it, tennis matches are a level playing field. The players change sides on the court, they both have rackets, drinks, towels etc. but it’s not quite than simple.

Some players are clearly more consistent and just technically and physically better than others, especially under pressure. Players have their preferences though when it comes to different court surfaces such as hard, clay and grass courts.

In an online marketing environment, it’s not a level playing field either. You may be trying to promote a small business against some mighty big budgets, or a competitor may have years of a head start on you. When the odds are stacked against you, you need to play a smarter game if you want to compete. In marketing terms this could be focusing on a particular niche where there’s less competition.

The majority of top tennis professionals will have a strong group of people behind them such as coaches, physio and a masseuse. If one link in the chain is weak, it can adversely affect the performance of the player.

For many marketing managers, the scenario above is akin to choosing the right agency, freelancers and internal staff to work on campaigns.

Square pegs don’t fit into round holes. A tennis player wouldn’t ask their coach to be their physio too. Just like you shouldn’t try to juggle too many marketing tasks yourself when there are experts out there with more relevant skillsets.

As a quick recap before light halts play, here are the things marketing managers can learn from Wimbledon:

We couldn’t write an article like this without a few tennis puns, so we’d love to help you smash your marketing goals and net plenty of new clients along the way. Mobilegeddon is Coming: Is Your Website Ready?
CSS Grid Guide 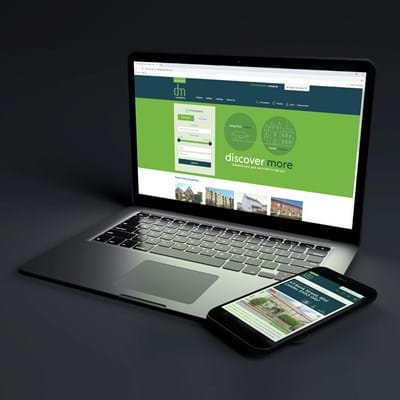