This article is not for you

If this article is not for you, why are you reading it? Just kidding!

In this post I want to look at different styles of headlines and how they work to grab people’s attention and engage them.

I’ll start with the type of headline I used for this article: When you saw the title of this article, how did it make you feel? It’s human nature to want to see, read or hear things we’re told we can’t. By stating “This article is not for you” I was deliberately trying to appeal to your natural curiosity.

Asking a question is another commonly used headline type, but it has a lot of scope to go wrong too. A question that elicits a negative response is likely to make the reader stop in their tracks and look elsewhere for the information they need.

For example: "Have you ever wondered how we make our metal fasteners?" The chances are most people will say ‘no’ in response. They probably have never thought about it or want to waste any of their life thinking about the metal fastener production process!

A relevant question primed to get a positive response will work better and is far more likely to engage people and get them to keep reading past the headline.

Questions of course can also be used to make people curious. For example, “Would you like to know the secret ingredient we use in all our cakes?”

Numbers work very well in headlines too because they provide clarity. With so much content flying around online these days, people like to know what they’re getting in advance.

Which of these headlines would you be more likely to click on?

“Start your own antique collection”

“3 easy ways to start your own antique collection”

Next time you’re browsing online, take a look at how many article headlines contain numbers - there’s a good reason for that.

‘How to’ style headlines promise a solution to a particular problem the reader may be having. For example, “How to make the perfect soufflé every time” will obviously appeal to keen cooks and address the annoying issue many people have with soufflés failing to rise properly.

People like to learn new things and “How to” headlines tap into that thirst for knowledge.

Shocking headlines should be used with caution. It’s one thing writing a great headline that really jumps out at people and gets their attention, but it needs to be relevant to the article itself if you want to keep the reader interested.

For example, if I wrote a headline such as “3 signs your pet hates you” it would probably make people sit up and take notice. However if it was for shock value alone and the article itself was actually focused on different pet insurance policies, the reader isn’t going to hang around for very long.

Examples of headlines to avoid

As well an unnecessarily shocking headlines, there are a few more types it’s best to avoid:

The so what? test

Before publishing a headline it’s a good idea to run it through the “so what?” test. Is it really a headline that’s going to attract attention and engage people, or will the majority just see it and think “so what?”.

If you write a headline such as “3 quick ways to cut your credit card payments” it’s unlikely anyone with a credit card will think “so what?”.

It really is worth taking a lot of time over your headlines to make them as good as possible.

Think of headlines as your hook to get people in, like sale signs and window displays in offline shops.

SEO and headlines: a quick tip

Yeah, but you’ve not mentioned SEO yet I hear you cry! Well, I’m about to. The days of stuffing keywords into headlines for SEO purposes are long gone.

Just focus your mind on relevancy. If you’re writing a web page or blog article about men’s belts for example, it follows that the words “men’s belts” will feature naturally within your headline if you want to let people know what it’s about.

That’s it really - be natural and relevant. Just make sure you use your keywords in conjunction with one of the headline styles outlined above to make it more appealing. “Men’s Belts” on its own isn’t the best of headlines!

If you’d rather leave your headline writing to the experts, take a look at our web copywriting services 6 Reasons Why Your Business Can't Ignore Social Media Any Longer 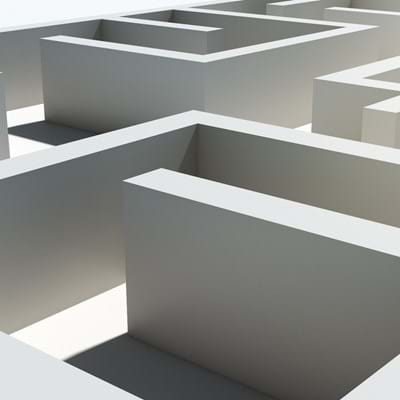 4 Challenges Marketers Will Face In 2019