Negative advertising: how not to blow your own trumpet

This is another of our Friday Quickie blog posts. The topic for today is negative advertising and how not to blow your own trumpet. 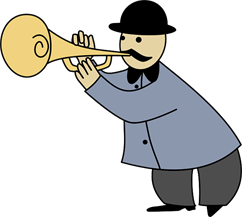 This article was inspired by hearing a radio ad for Volvo in which they mentioned Volkswagen drivers and tried to woo them into buying a Volvo instead.

Here are five reasons why this kind of comparison advertising is negative in my opinion.

Putting down a competitor to try and make yourself look better is unlikely to be ignored. Starting an advertising war could end up getting messy and even end up in the courts unless you’re very careful about what you say.

Why give a rival company free publicity? Rather than talking about them, it’s better to focus on the positives of your own products/services.

If you were to make a claim in an advert such as “we’re cheaper than company X” and they slash their prices the next day, your advertising could have a very short shelf life.

What does it say about your business if you have to resort to mentioning other companies in your advertising? Any negativity will easily slip into people’s subconscious mind and could put them off choosing you in the future.

It’s very easy to base an advertising strategy around trying to make yourself look better than a rival, but it lacks imagination. Your time would be better spent on creating a positive campaign that really engaged with your target market.

What do you think about this comparison approach? Please comment below.